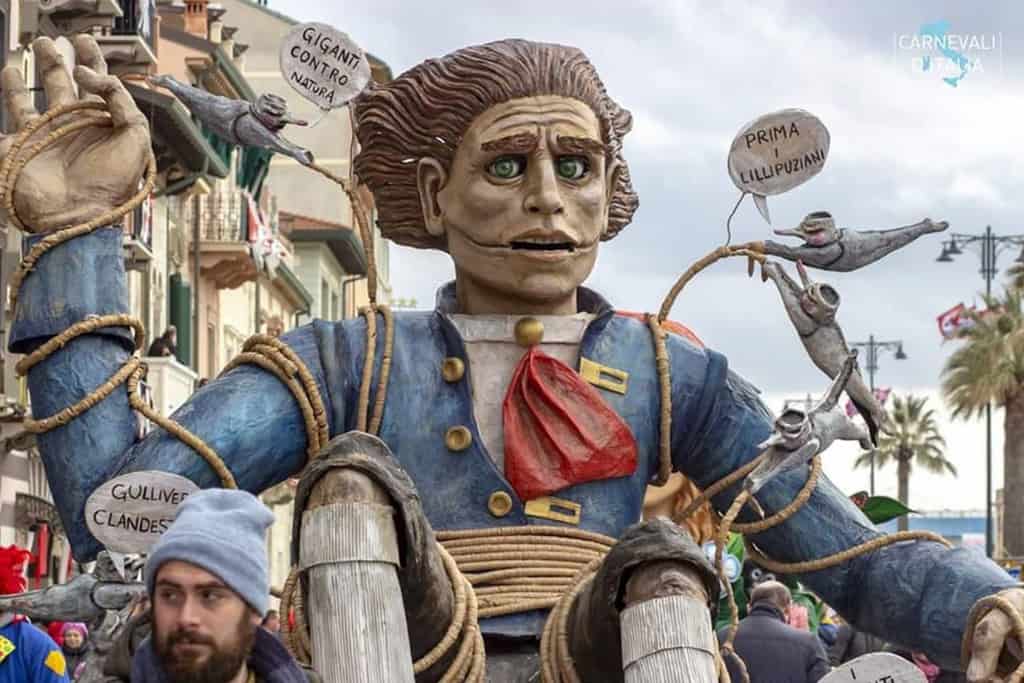 The annual Carnival in Viareggio is one of the most impressive holidays in Italy. The first parade was held in 1873 so that ordinary people could make fun of local politicians and famous people. Over the years, the festival has grown into a spectacular show featuring giant animatronic figures.

At this year’s carnival, Sicilian sculptor and scenographer Matteo Raciti presented a moving decorated platform designed as a satire against ignorance and prejudice. Gulliver, the protagonist of the Jonathan Swift novel “Gulliver’s Travels” is ridiculed and bound by the people of Lilliput, small in both body and mind – who are afraid of him because he is different. Gulliver, tied with ropes is a symbol of cultural aversion to any minority.

Matteo’s sculptures, made from papier-mâché, contain mechanical frames that set the facial expressions of the characters in motion.

In his social networks, the master displays the stages of work and talks about the themes and inspiration in his artwork. 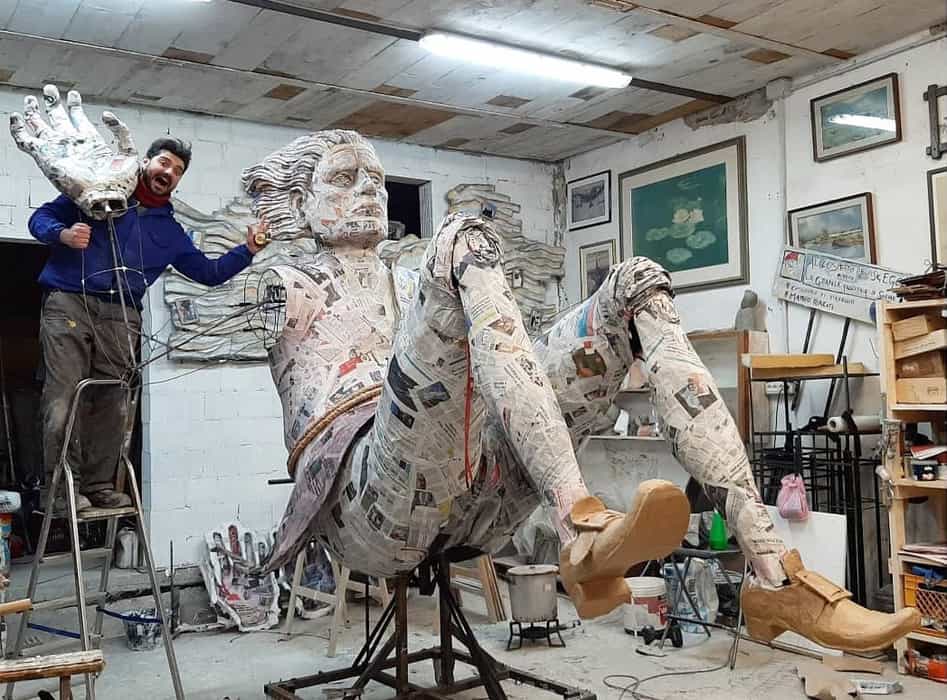 Matteo Raciti talks through his work on myths and fairytales that are alive in his land, to my life accompanied by the sea as a safe horizon and a sincere friend.

Sculpture is the main expressive technique he uses to model and transform objects. “Clay is an unusual material: because of the heat, it turns into terracotta or into a finished object that remains forever. Over time, I learned to connect it with other natural materials, for example, with a sea tree. Thus, an alliance between creativity and nature arises.”

The main thing in creativity

Matteo’s artworks have three main topics. The first is Greek mythology, which has always influenced world art and still asks the relevant questions. 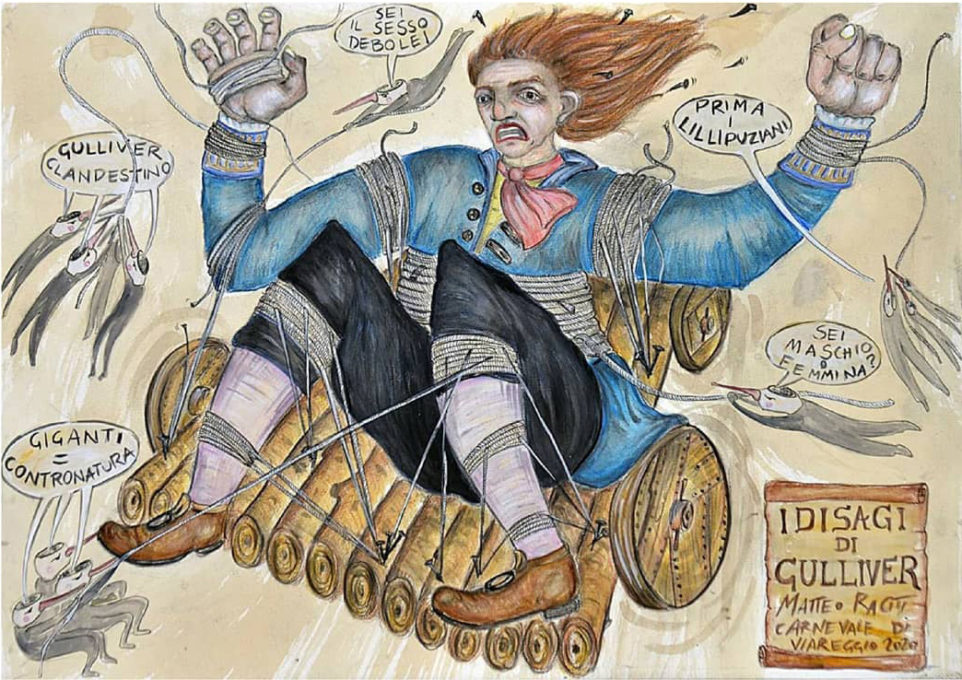 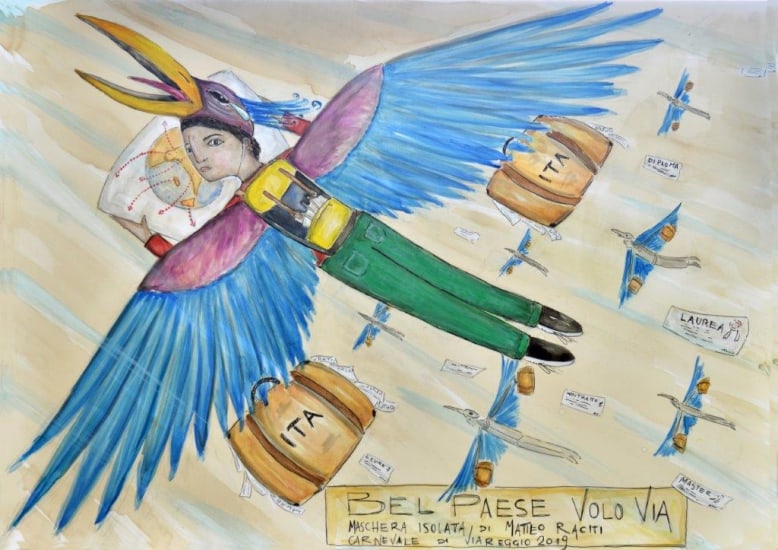 “I am personally interested in how a mythological person becomes a man or woman of our time, how she talks about reality and affects the collective unconscious.”

The second topic is the sea. “It is in itself a mythological creature, because, despite the scientific discoveries and knowledge that we have, it still manages to surprise a person with its images and inspire with obscurity. I am also fascinated by the topic of human psychology, the concept of the soul and the unconscious. Of course, in addition to these three areas, I will explore other topics, embodying them in my art.” 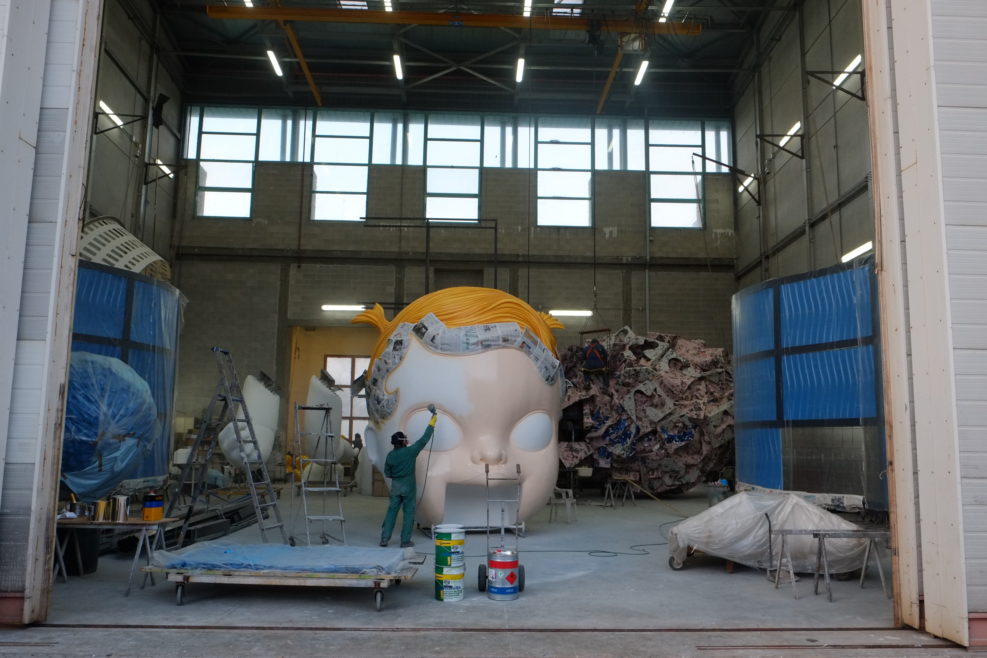 The artist belongs to the INTRECCIArte team in Pietrasanta. Together they manage the exhibition space. Since 2019, a new Gallery has opened in Pitigliano with a permanent exhibition of Matteo Raciti artworks.

“I grew up as an artist in the construction environment of decorated platforms in Acireal. In 2018, I attended the Viareggio Carnival with one of my papier-mâché sculptures and won my first prize. And the next one in 2019.”

Life in the middle of the carnival

“Carnival gives me the strongest emotions. When I was a child, I was struck by papier-mâché giants that moved among people during the holidays. This incited curiosity and fear at the same time.” Every year, moving platforms appeared on the streets of Acireale, like huge wind-up toys.”

“At about ten years old, I made the first miniature platform of foil, Lego and tempera. I worked instinctively, no one in my family did this.”

After participating in several competitions of miniature platforms and working in the studio as a modeling master, Matteo studied for the specialty “Architecture” in Pietrasantu (LU). He went there to learn technical and artistic skills. Until now, the artist has been applying his architectural methods to the design of complex structures.

In November 2016, Matteo Raciti moved to Viareggio, working with construction masters and fulfilling a childhood dream.

“The carnival allows me to express myself and convey a message in which I sincerely believe. I believe that this is a great opportunity to talk with people, make them think or plunge into another reality.”

“I LIKE THIS FEELING WHEN TIME STOPS, AND WORK FULL OF EFFORT AND PASSION MOVES AMONG THOUSANDS OF PEOPLE”. 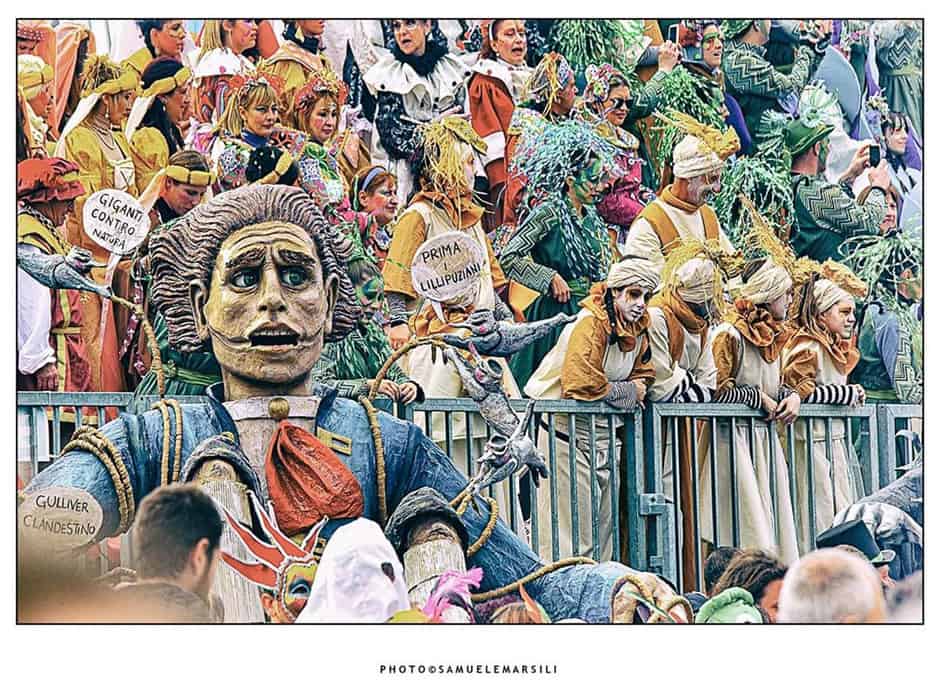 “Like all pagan rites in the history of mankind Carnival contains the essence of life and death. The idea is born and grows, accompanies us, and then disappears in order to arise again later. This variability, the constant fluidity of circumstances and time, among which I create something of my own, is important to me.”