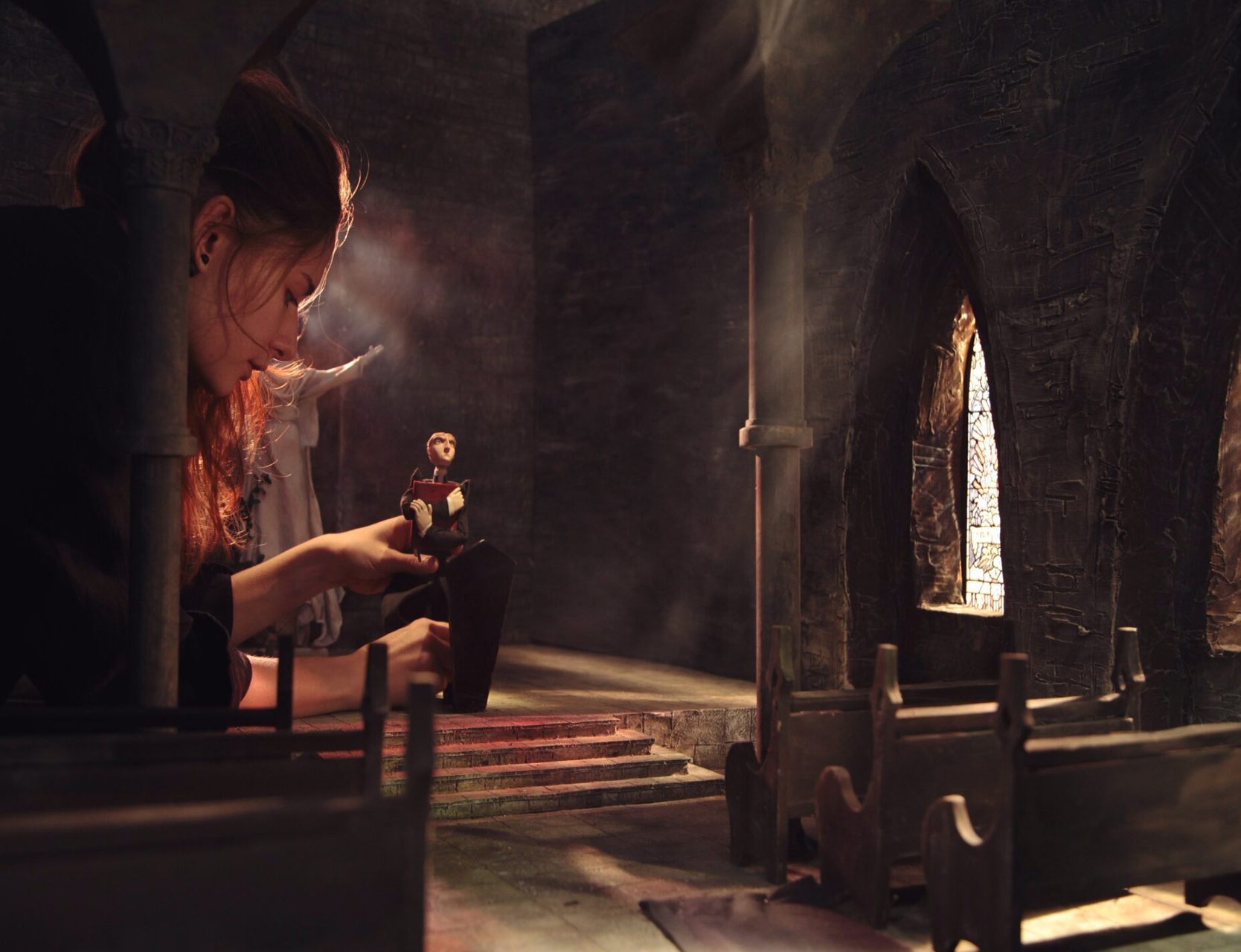 Stop-motion animation director Polina Kutukina answered questions from Backstagy readers: she told us how to make a character move gracefully and flexibly, what happens to puppets after filming, and what is the difference between studying animation in England, Lithuania, and Russia.

In general, how does work on stop-motion animation begin?

It begins with a longing desire. Stop-motion is a laborious process that does not allow making mistakes in the animation process. Therefore, it does not give many chances to fall in love with itself. It begins with hard work and patience. You should not expect better results in the first week of work, in the first month, year, two. Give yourself time to learn – it will save you the urge to quit. It begins with respect. Respect your work, know its value, then it will be mutual. 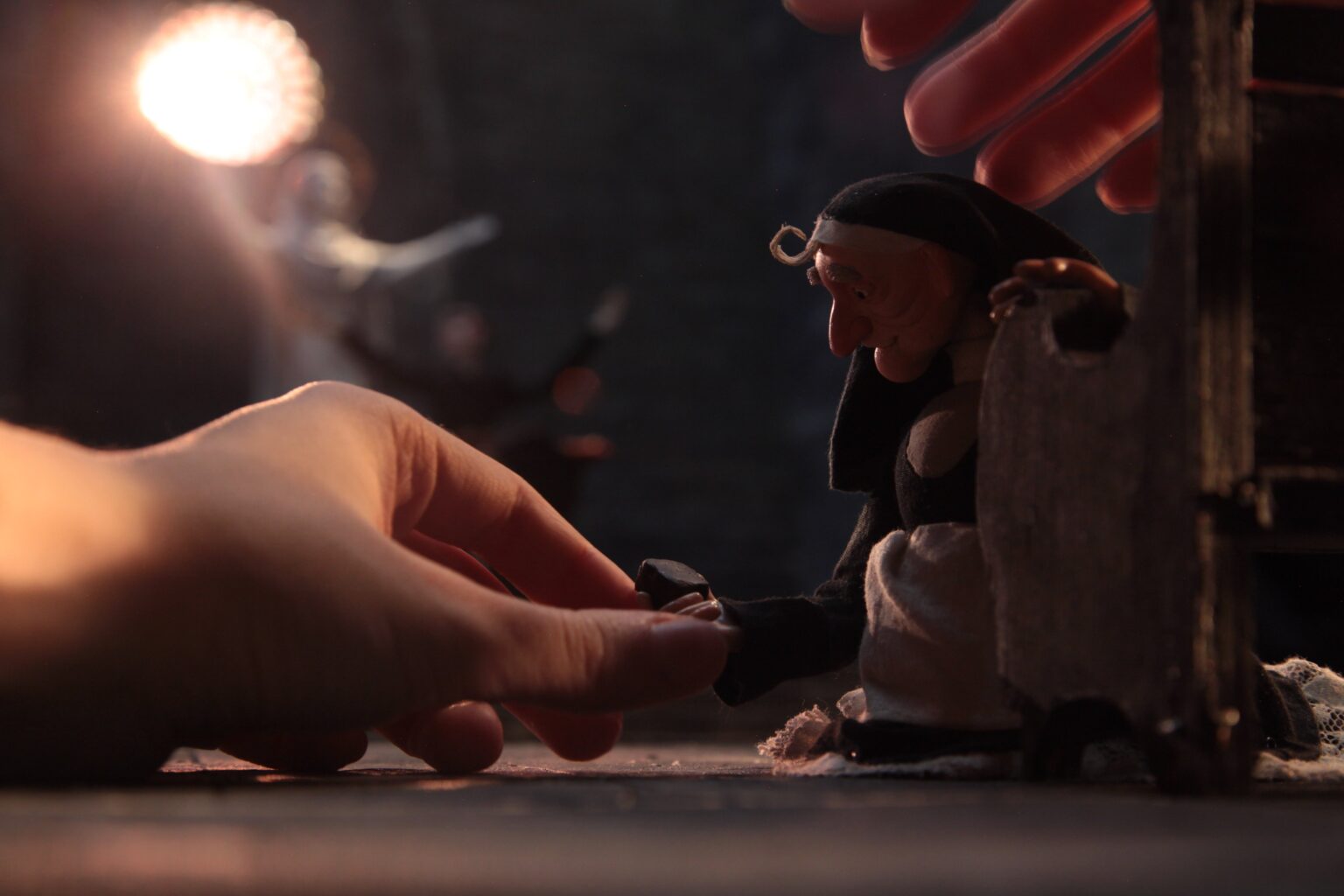 What is the most pleasant and unpleasant thing about the work of a stop-motion animator?

Oh, I feel like gossiping behind my work’s back :) Everyone seeks pleasant and unpleasant things for themselves in their own way. Probably, my answers will be among the most popular.

It’s very nice to see how an inanimate object comes to life. Isn’t that magic? From frame to frame, from scene to scene, it doesn’t get boring. Maybe it’s different for more experienced animators with 10-20+ years of experience, but I doubt it. 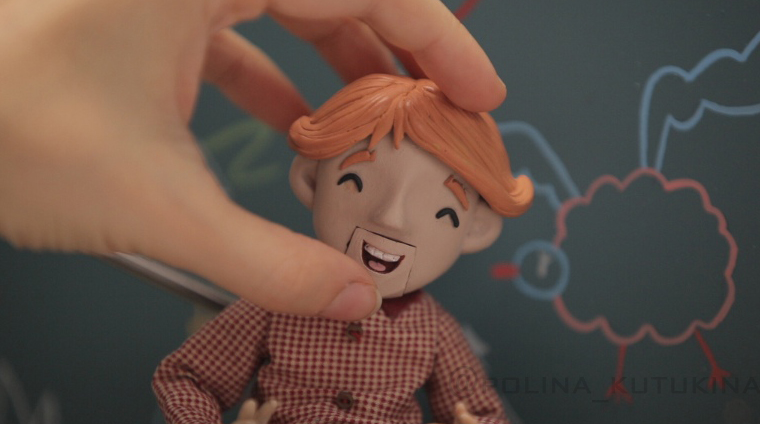 And it’s also interesting to be literally “in the center of events”! You’re not just sitting inside animation software imagining what a character would look like inside the set weeks or months after the animation is complete. The stop-motion animator is inside the film, sees what the character sees in 360*, and taking the main character’s hand, leads him through the story. In my opinion, this is a dream job!

The unpleasant side of stop-motion, in my opinion, is life in dark pavilions. Stop-motion is filmed in spaces closed from natural light and is illuminated exclusively by artificial light sources. Sometimes I miss the sun and the views from the window; I miss the feeling of the wind on my face. Well, it’s always sunny in the pavilion because of the spotlights, but you know, life is running by. In general, as in any profession, concluded in the cycle of a sedentary lifestyle, stop-motion animators complain of twisted backs, sore necks, etc.

You studied stop-motion animation in 3 countries: Russia, Lithuania, and England. How different was the approach to teaching?

Yes, I received my primary education in animation in Russia, and during my studies, I took part in short educational courses in Lithuania and England.

Bingo! And I was curious to see the difference. Short courses did not give any invaluable knowledge or skills but gave an idea of ​​the principles and approaches of students and teachers outside the Russian Federation. 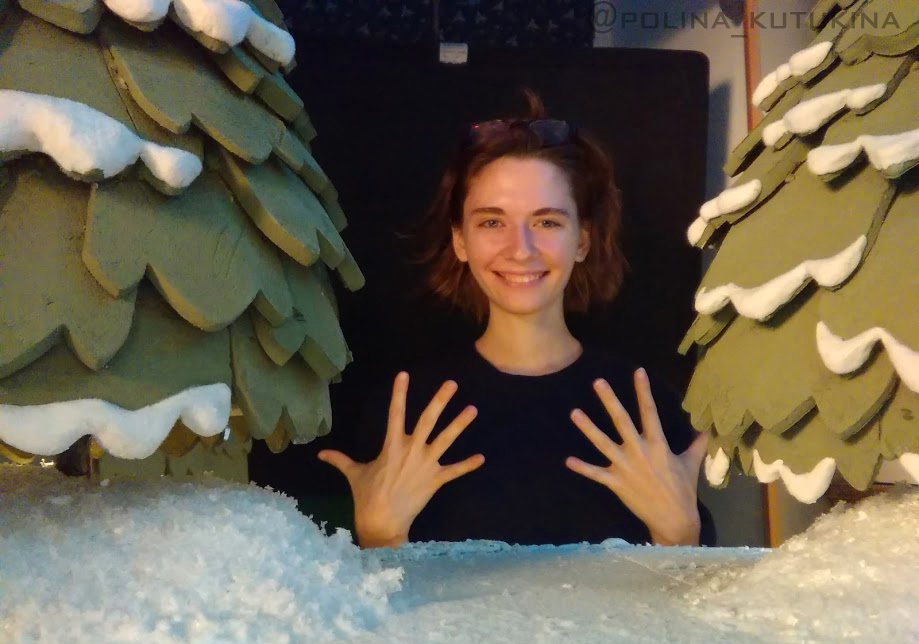 For starters, Lithuania, England, and many other countries have similar courses and educational programs. During the holidays, they open sets to students from all over the world, where teachers of the main disciplines form mixed groups of host country students and interns. During the course, different the tasks are completed (animation, film, storyboards, etc.).

This is an interesting experience of cooperation because, in order to complete a project within a limited time frame, you need to be able to overcome the language and cultural barrier and find some common level of skills for joint project work. In my opinion, this is an excellent trick to explain to students what it would be like to work in a multicultural team of any large animation studio.

When it comes to learning approaches, students have undeniable leeway, and experimentation is encouraged. The critical difference lies in the absence of an ossified system of education, teachers’ ability to work with a creative unit, and realize students’ potential, and not their own.

What to read/watch/study for those interested in this topic?

Some of the classics of animation still form some of the branches of the modern animation industry. Whether you have a special education or not, you can always learn animation basics from books and tutorials.

As for acting, there are sources with information adapted for the field of animation, as well as works on acting that lie in their foundations. What to learn is entirely up to you.

I have not seen any books directly teaching stop-motion. The puppet industry’s giants have released great art books about behind the scenes of films and are always sharing additional content on social media and official websites. To date, a huge number of professionally made full-length films have been shot using the stop-motion technique, which you can study frame by frame yourself. The central resource for achieving knowledge is within yourself.

How is the trajectory of movement built (plastic choreography, culture of movements, character of the character)? And technically, how are body parts locked into the desired positions?

Any animation movement is somehow based on 12 principles of animation proposed by American animators Ollie Johnston and Thomas Frank. To a lesser extent, squashing and stretching is possible in stop-motion, not to mention morphing, but the rule of arcs, finishing and overlaps are fully observed here.

Rhythm, plasticity, lightness, grace appears in animation thanks to timing and spacing. A certain complexity and difference from 2D animation, of course, lies in the manipulation of an object in three-dimensional space, where constant control of the hero’s positions from all sides is necessary.

As the character’s culture of movement and fature of the character, these are rather the director’s inherent animation requirements than the animator’s own choice. Even at the stage of developing a stop-motion film or advertisement, you can decide the fate of the nature of the movements’ nature by choosing a frame rate per second and shooting the base of references for animators.

If we talk about the creative component and imagine that you are free to choose, then to a large extent, the movement is built thanks to the subconscious acting skill of the animator. There are many well-known methods of immersing oneself in “imaginary circumstances”, such as the techniques of Stanislavsky, Adler, Meisner, or the remarkable galaxy of Group theater artists.

The structure itself is created from metals that are subject to minimal wear and deformation, and are well connected by hinges. Therefore, various parts of the body can take fixed positions and easily hold them for a long time. The puppet itself maintains balance thanks to the rigs with weighted bases. With proper support, you can easily animate the “flight phases” in jumps, running, and various tricks. 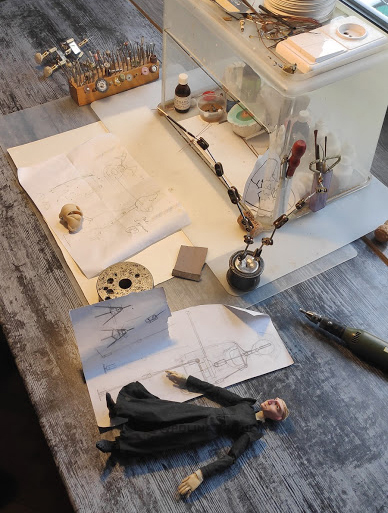 How are motion references of real objects and actors used?

It’s no secret that stop-motion animation has long used real motion references to bring animation to perfection. Such references are called LAV. Using the reference, the animator takes thetakes the movement as a basis and complements it with more exaggerated overlaps, refinements and characteristic features of the character’s movement, Pixar is a prime example of creating 2D-animation, is a prime example of creating entirely new and mesmerizing acting based on references.

What happens to the set and puppets after filming?

In Western practice, there are libraries and archives, where after the end of the work on the film, all the characters, props, and models are sent. Nothing is thrown away. A part is given to museums around the world. For example, in a cinema museum located in Lyon, France, I came across a face phase from a film by Laika studio. A part is put up for auction, where anyone can buy the lot. Some of the company’s objects are donated to their sponsors, employees, or stars participating in the voice acting. 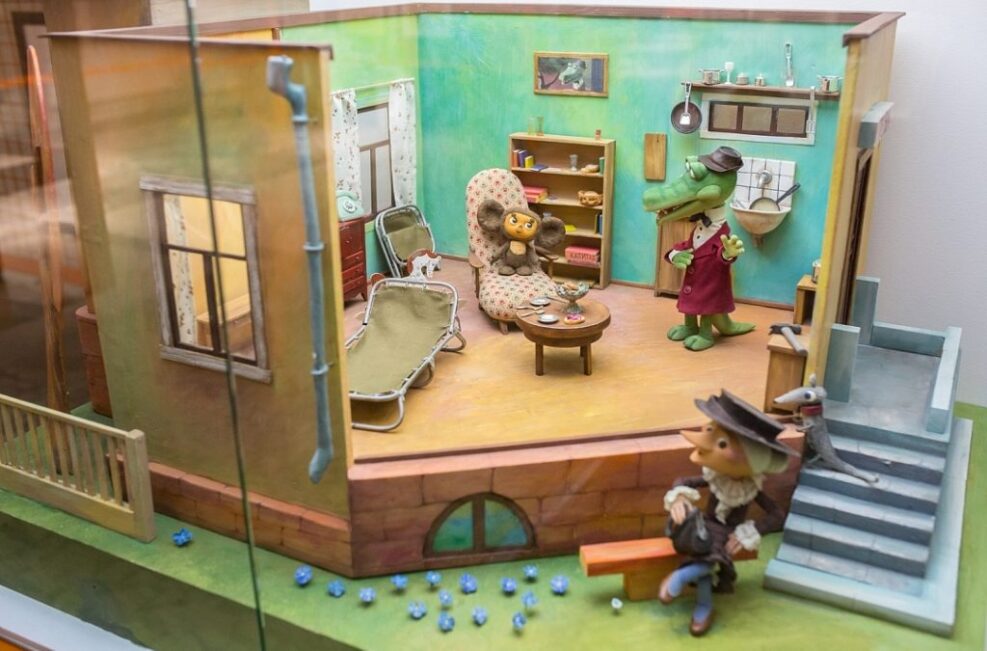 In Russia, production operates on a “waste-free” system. All props and layouts go to the expense of the next production, and if a location from one film can partially use the resources of the previous one, it happens. Unless it is about characters, I think that the Russian people are truly touchingly attached to their heroes and keep them as carefully as possible. For example, the Museum of Animation has been opened in Moscow, where you can see original puppets from all well-known Soviet cartoons.

How to look for a job in the industry? Where can you train?

There are two ways: the first is commercial production, the second is state-owned. Working in the commercial industry means shooting stop-motion for advertising projects of any kind. Here, as elsewhere, it is important to have a portfolio of works that meets the request, i.e., if you go into advertising, the portfolio should shout “I can do cool things that will work in advertising”, this is a different morphing of simple shapes and animation of objects.

And if you go into the production of cartoons, then it is important to be able to animate literally everything: natural phenomena, people, animals, and it is better to build a portfolio from short scenes, but the best ones you can do. Then send it to the companies you are interested in.

Work in the public sector implies launches sponsored by the Ministry of Culture of the Russian Federation. You have to have a film claim that the studio producers will love. These can be small private studios that release almanacs of auteur films every year or larger studios that we have known from childhood.

Internships are possible if you study or work in the industry and want to gain additional experience and knowledge. In the Russian Federation, when it comes to auteur cinema, it is better to contact the directors who are in the launch and offer them your help. If we talk about commercial projects, then these are serial production of studios with an established production process, where your lack of professionalism will not harm the flow. Now there are many of them. All these serials are shown on the Karusel TV channel. In general, I have not met real, transparent, paid internships with us.

Western large animation studios organize open summer, paid internships for students from specialized educational institutions from around the world. All information can be found on the official websites of the studios in the “career” sections.

What do you think is the future of stop-motion?

I would describe the future of stop-motion in two words “Technological and realistic”. Stop-motion has long been striving to improve its technical base at a completely new level for this industry. All-consuming 3D printing and animatronic technology bring the necessary novelty level to make stop-motion interesting to new audiences.

The technological part will develop further, because the leader of the know-how race determines the primacy in the competitive market. I hope that the development of virtual reality is the next step for the film industry. Soon not only animators will be able to be inside cartoons, but also the audience themselves. 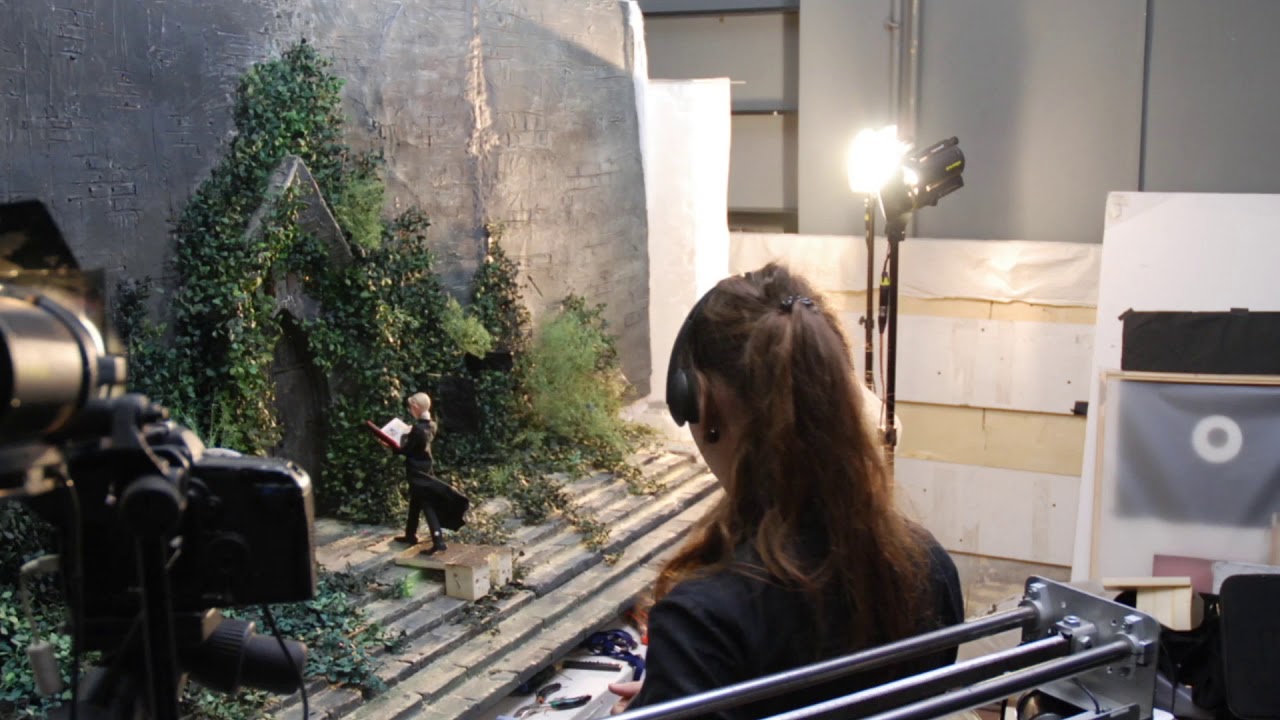 “Realism” is something that develops to a large extent from the demands of the viewer. Today the movement and animation of stop-motion characters should be done very well, tomorrow it is even better. What will happen the day after tomorrow, I’m even scared to imagine. But in general, as one good friend of mine, the space ranger, said: “To infinity… and beyond!”. I wish the same for stop-motion. 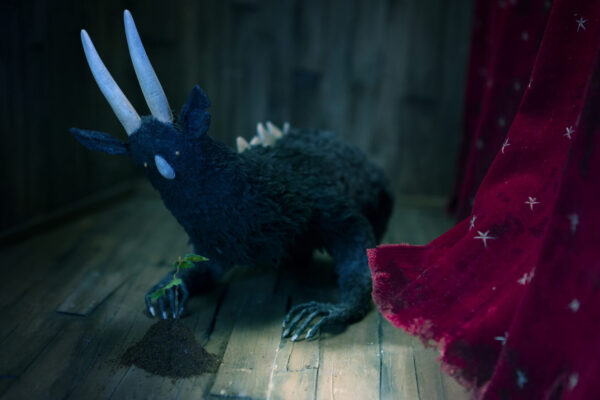 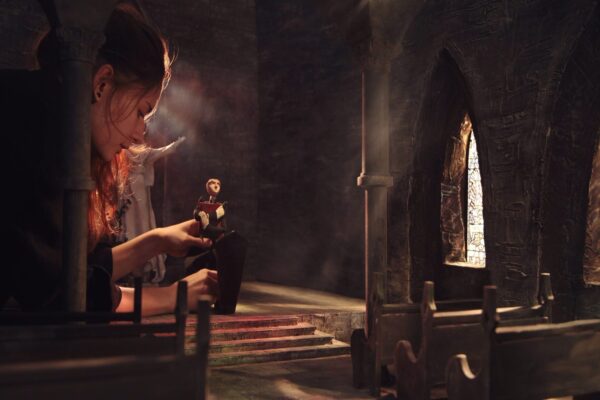