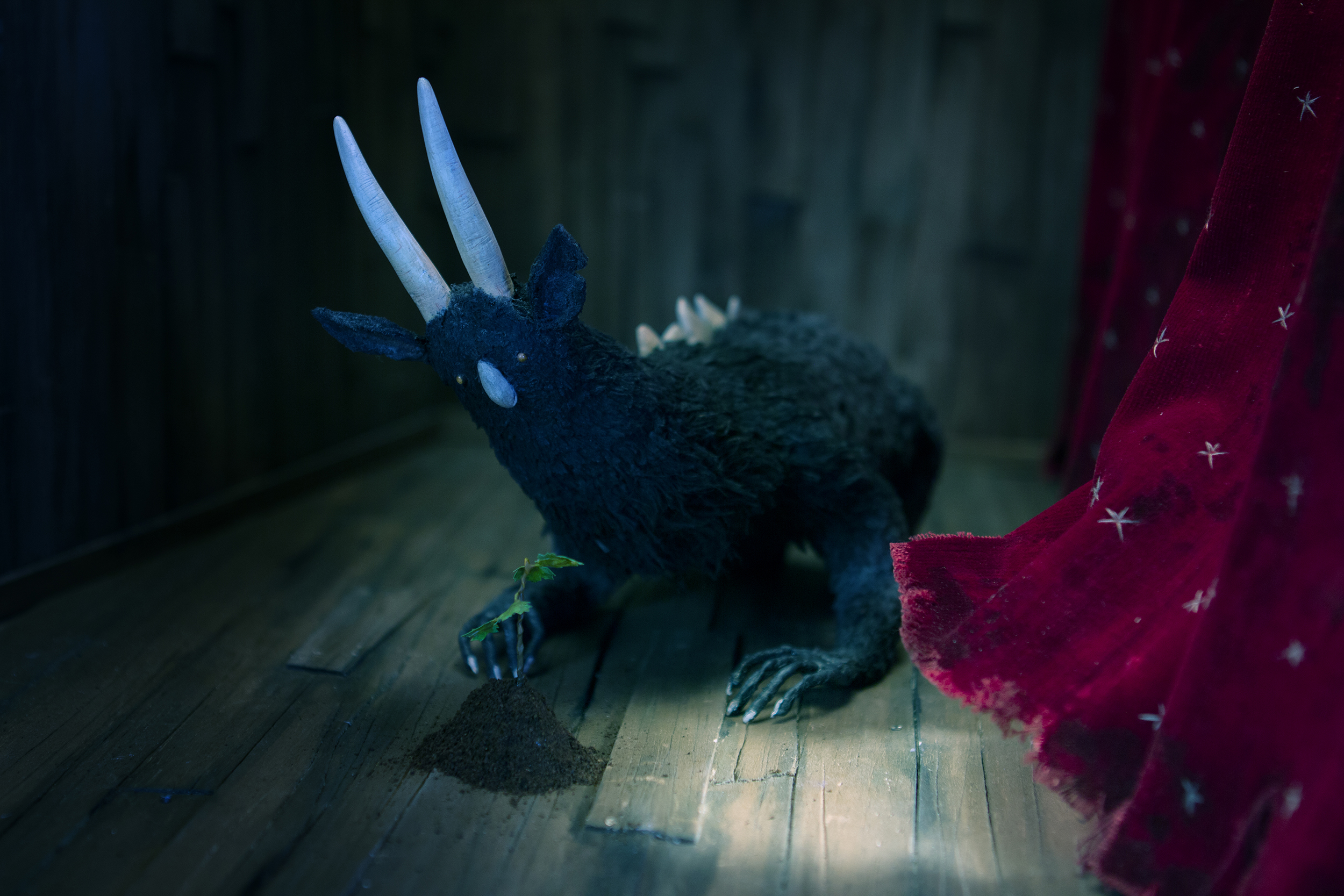 German stop-motion artist Alexandra Lermer talked to BACKSTAGY about her studies and the production of her graduation film “Freak of Nature”.

Alexandra, could you tell us a little bit about your background? How did you start making stop-motion animation?

I grew up watching Wallace & Gromit and of course Tim Burton’s films along with all the making of material over and over being absolutely fascinated by the whole filmmaking process. Seeing these little worlds and characters being created by hand and then brought to life was what I loved the most but at the time I just had no idea what sort of job that even is or how to get there and as I got older I forgot a bit about it being an actual option. 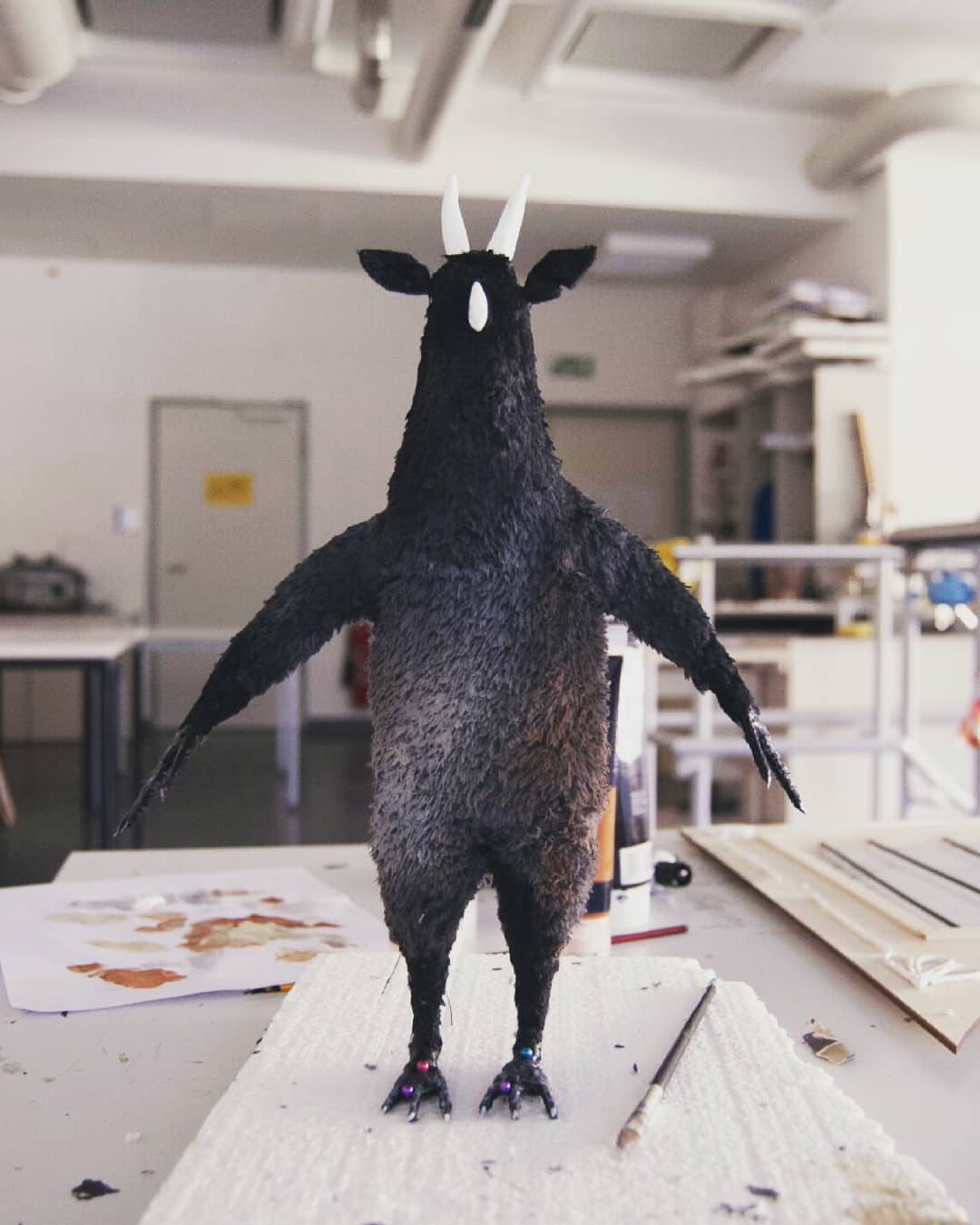 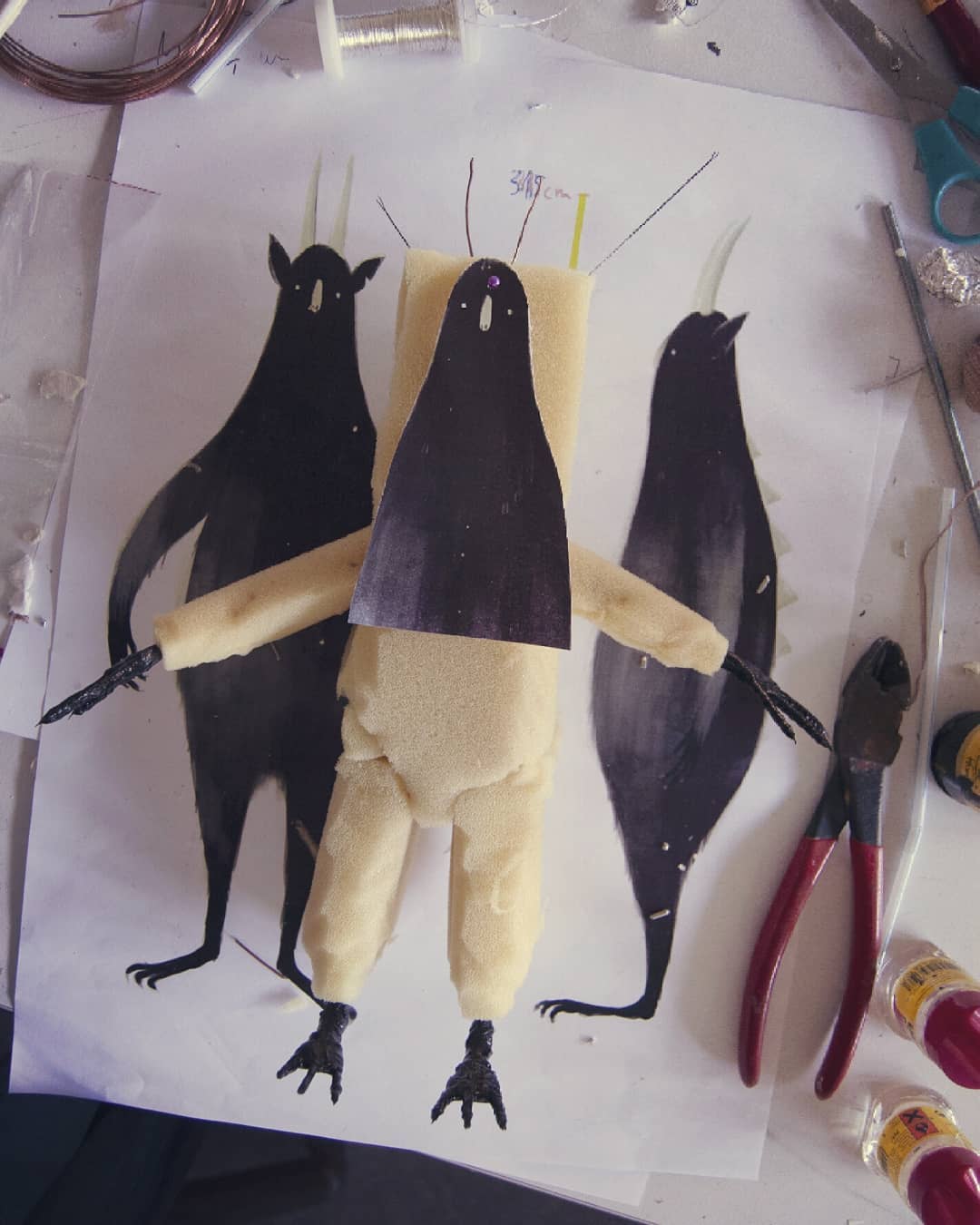 I then began collecting art books and was very interested in painting and concept art so at 21 I moved to Nuremberg to study design at the Nuremberg Institute of Technology where I initially wanted to mainly focus on illustration. During the first semester, we were shown around the studio for the first time and there were puppets and a set made by some older students who were currently working on their stop-motion graduation film which I hadn’t expected to be a possibility for some reason and then I ended up choosing film & animation as my primary focus instead of course.

So I just happened to find my way to this place where I could do what I’ve always wanted to do without even looking for it which is very surreal and extremely lucky! And here we are, now I’m working on my stop-motion graduation film.

What did you study at the Institute?

The general course is just called design and then you were able to pick three main subjects to focus on and get a lot of different experiences that way. I chose film & animation, illustration and graphic design. For the film class we made a short film each semester working in teams choosing pretty much whatever topic and technique we liked. There were mostly 3D animation and live-action people though who all had their own specific interests as well so I was also part of 2D and 3D animated projects before finally making two stop-motion films.

Were you taught to make and animate puppets?

No, it was mostly trial and error and experimenting a lot to find solutions while receiving support and suggestions any time of course. Especially since stop-motion was pretty rare there wasn’t an actual puppet building or prop making course or anything like that. The class itself was mostly based around filmmaking in general step by step and how to tell a story but the stop-motion technique was self-taught for the most part basically but I didn’t mind at all. 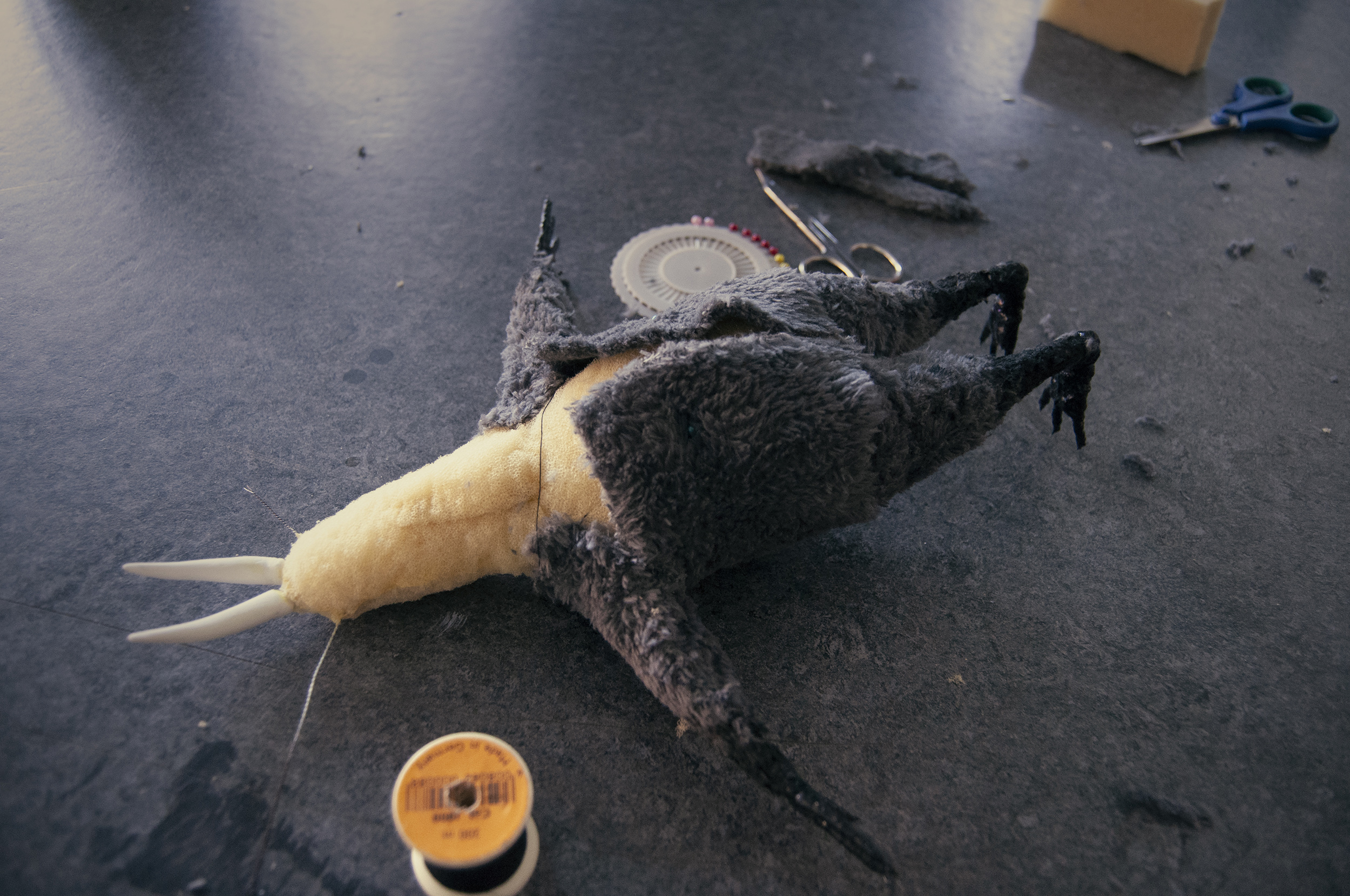 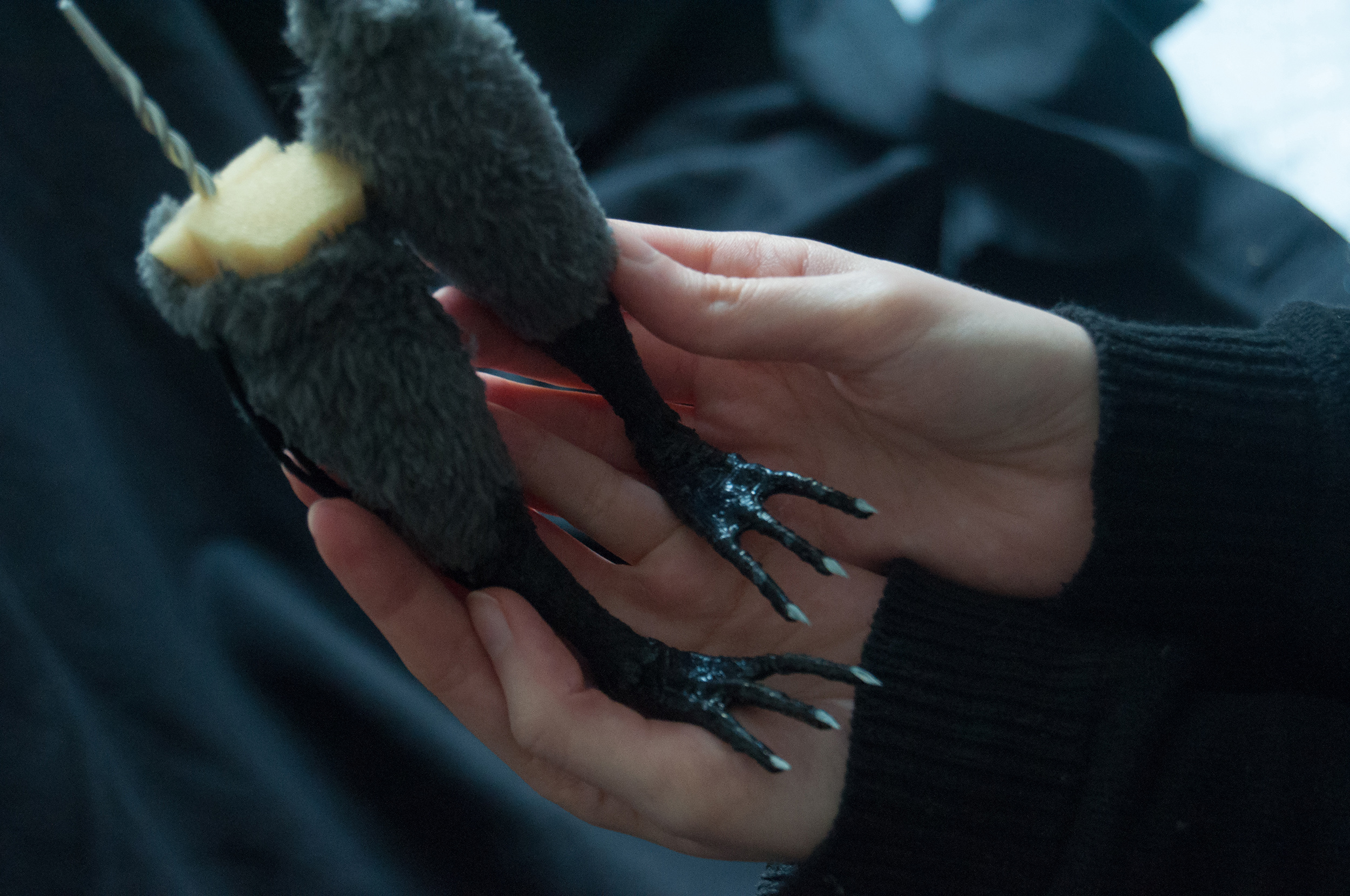 I experienced it as a very playful way of acquiring skills. I also went to Trikk17, a stop-motion studio in Hamburg for my study-related internship though where I learned a lot about different approaches of puppet building which has been very helpful indeed regarding what specific materials to use for which purposes and being less intimidated to make the puppets for my own films in general.

What is your graduation film about?

I’m making “Freak of Nature” together with Elisabeth Stein and we both really wanted to make something very simple and harmless but also meaningful.

It’s about a lonely timid creature that used to be displayed as a curiosity at a freak show and is now still hiding from the world inside its circus cage behind the curtains trapped only by its own fear even though the freak show has been closed down for ages and it’s all alone.

On a windy day, a maple seed flies inside the cage through the bars and the creature is very curious and decides to take care of it. So it has to reach out of the dark cage more and more step by step in order to provide soil, water and light the seedling needs to survive. The little plant grows in size each time while the creature grows in confidence until finally the tree gets so big there’s no room for it inside the cage anymore and the creature is now brave enough to leave this old life behind. 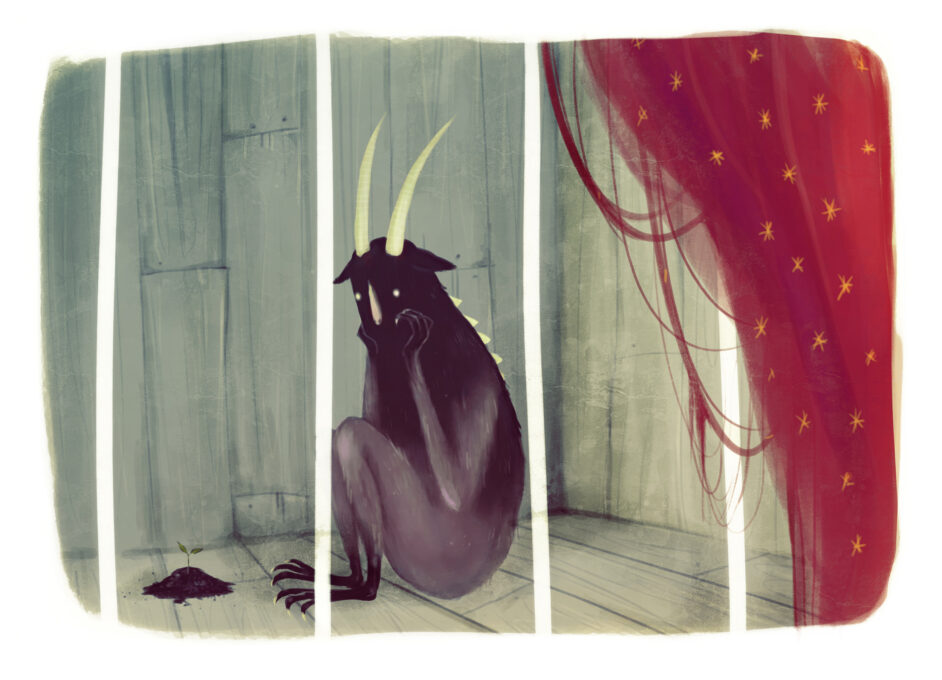 Tell us about the production process?

It always starts with finding an idea for a story or even just an interesting look you want to achieve. For “Freak of Nature” we wanted to document the process of overcoming and letting go of fear and also have fun inventing a special-looking character. That’s how the idea of a shy monster was born before anything else. When all the specifics of the story were set we drew a storyboard and turned it into an animatic to have a reference regarding the timing of what’s happening throughout the film and what it might be like roughly in the end.

I drew concept art of the creature and the environment and built a few test puppets and body parts to figure out what has to be done for it to be able to move the way we imagined it to. How can it move its long neck and also turn its head? How can it wiggle its ears? We made a few test animations with different materials for the fur as well and then finally built the actual puppet. The head can be removed and we have separate arms and legs as well for close-ups so we have to bend and damage the wire armature inside the puppet as little as possible. 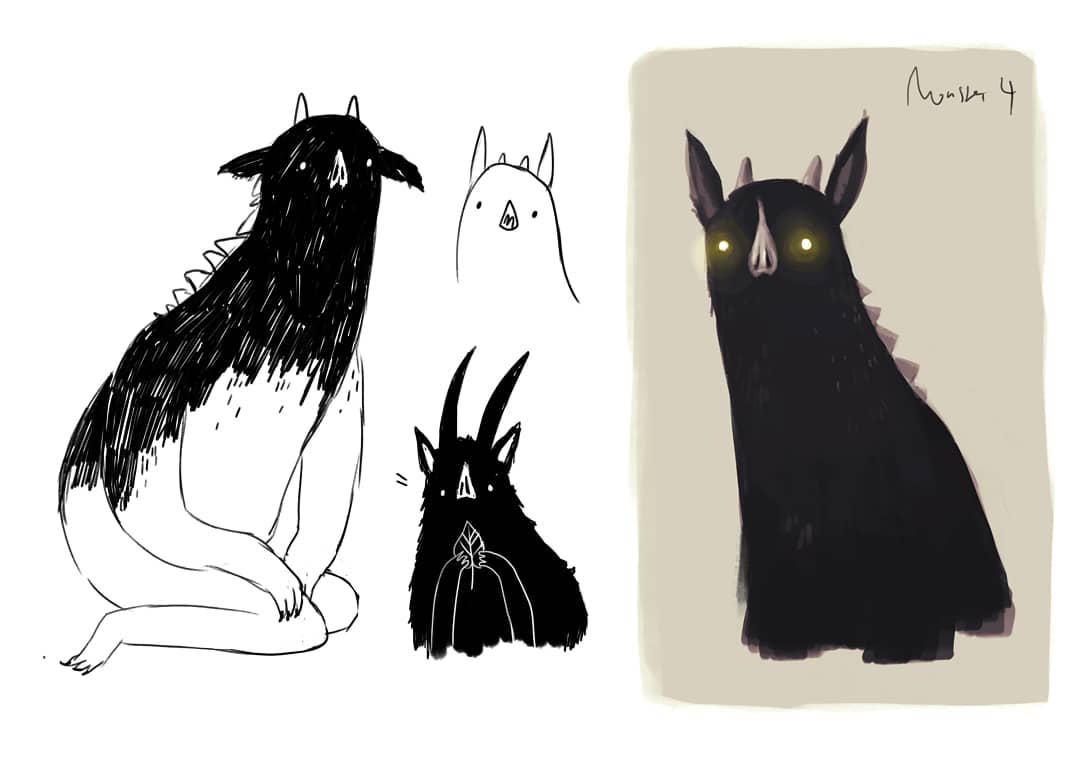 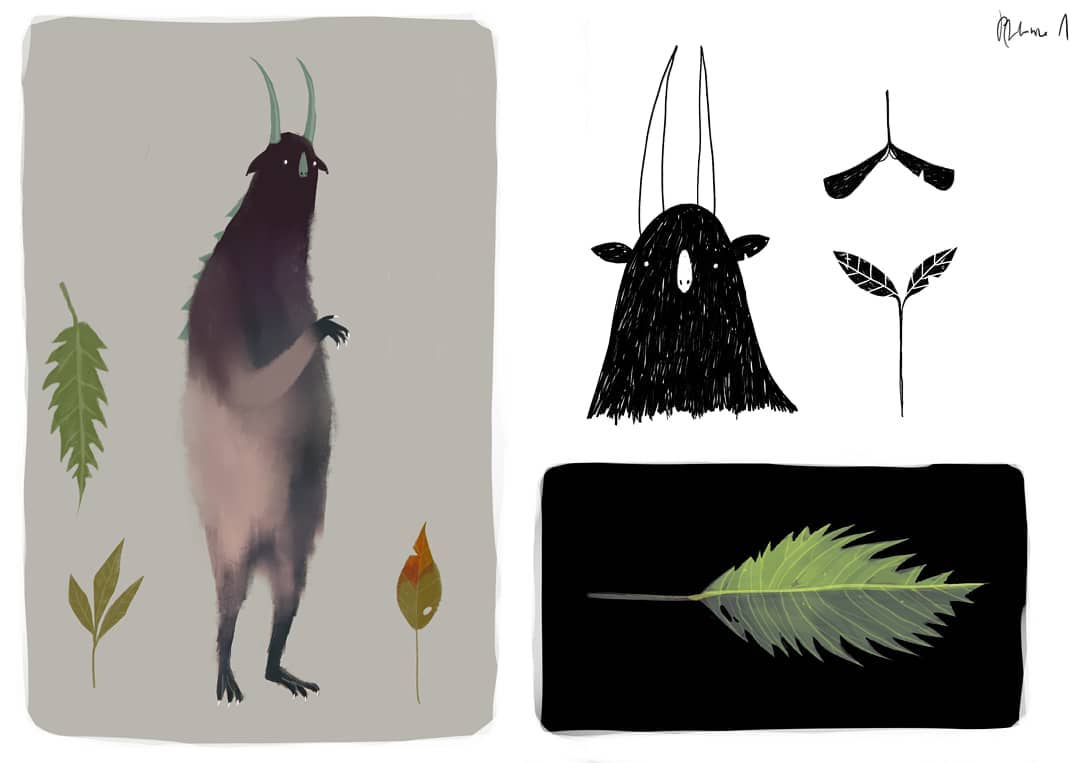 We built two sets, one inside the cage and one outside. After everything we needed was ready to shoot we also organized the shots in a specific order so we didn’t have to reposition the circus cage walls after every single shot. Then we began animating and since it wasn’t chronologically we usually put the finished shots over the animatic afterward that same day to make sure it fits together.

After the animation is done we’ll have to retouch everything and remove a lot of wires. We also have a few green screenshots we will replace with digital backgrounds in the end. Probably cut a few things off and switch some shots around until we like it and fix the colors. Then we need to add sound and music and it’s done! 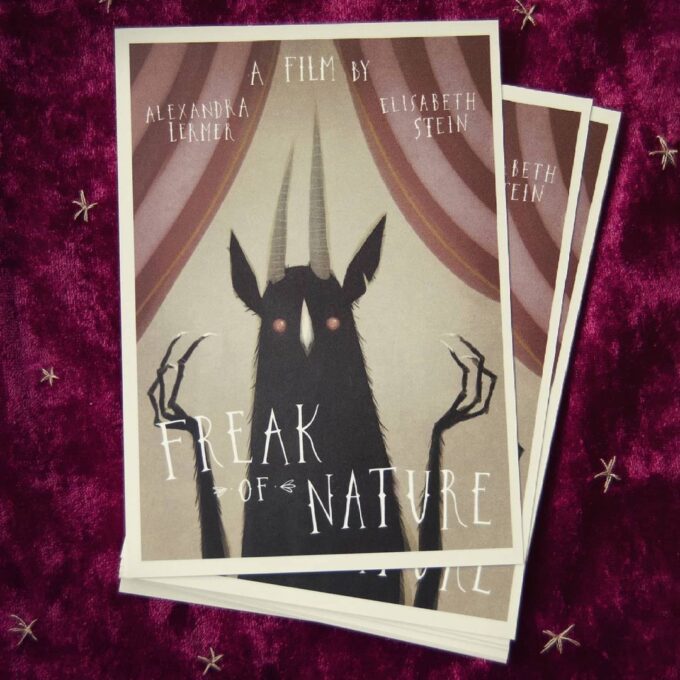 What do you enjoy most about your work?

I think my favorite thing about stop-motion is that there are so many different areas of work and I don’t really have to pick only one when I’m doing my own projects. It really is a big commitment and never gets boring because you have to constantly figure stuff out and keep finding new ways of doing something.

I genuinely enjoy every part of it. If I had to choose though I’d say visual development, puppet building, and animation remain what I love the most for sure. Especially animating makes me feel very calm and focused. I used to listen to music while animating and didn’t even notice when it stopped after a while because I was so concentrated on moving a little leaf around. I also enjoy being in a dark film studio for hours which is a definite plus.

Oh no, the dreaded question… I used to prefer a permanent position somewhere in the film industry simply because I’d like to be part of something and I hate all the paperwork and bureaucracy that comes with being a freelancer but I’ve received a lot of positive feedback and genuine interest for my work this past year and I realized as a freelance illustrator and animation filmmaker there are a lot of exciting opportunities.

I’m still torn. It depends on what the future holds I think. Either way, I’m sure I’ll never stop creating. Currently, I’m working on a picture book as well and I’d like to make one combining stop-motion and illustration someday and create three-dimensional illustrations. 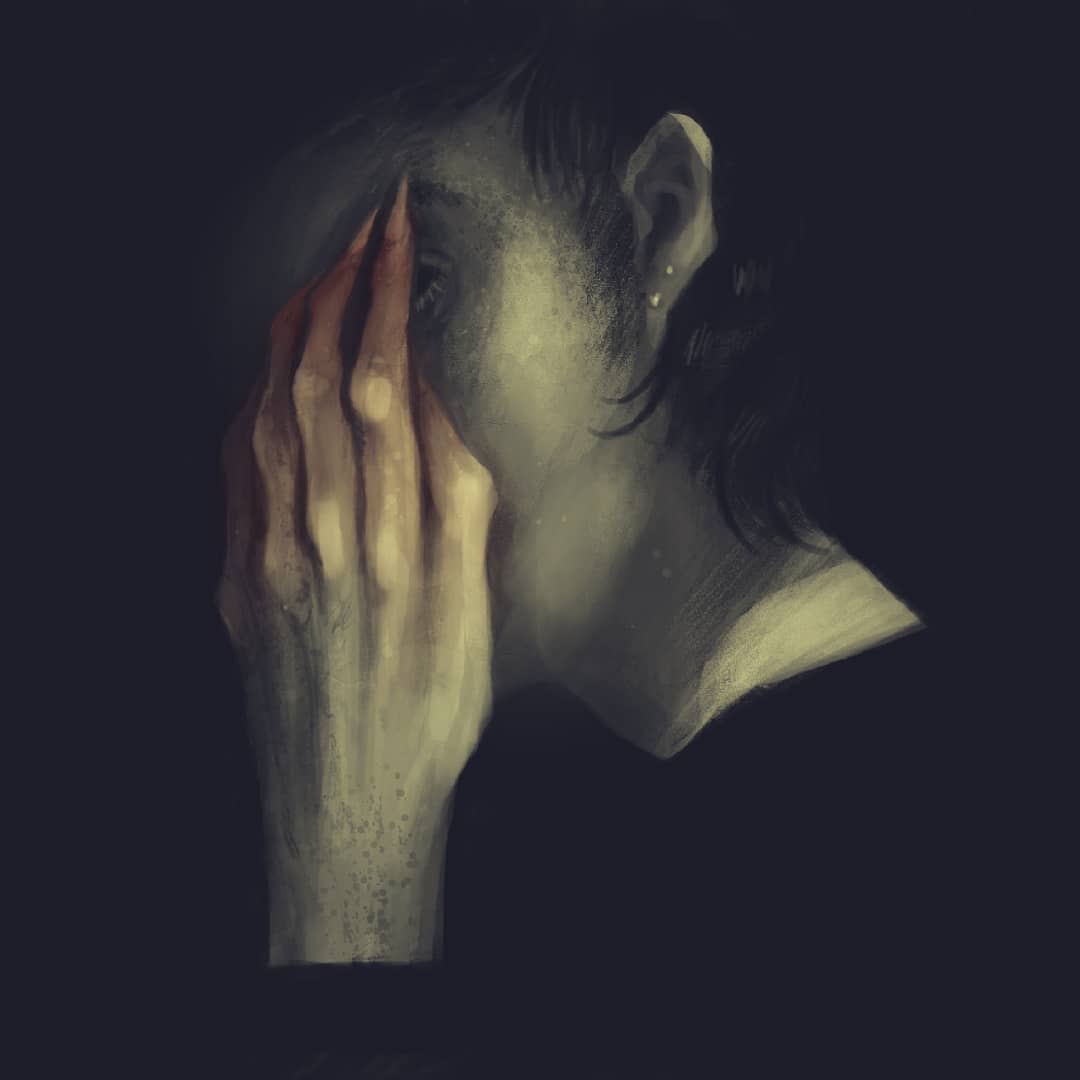 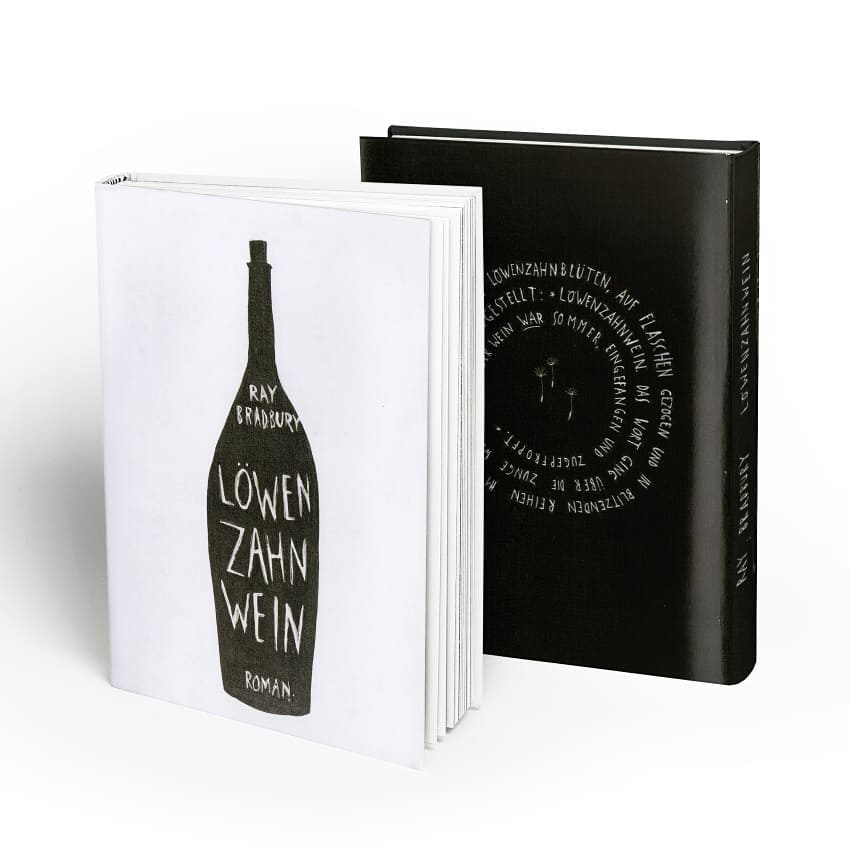 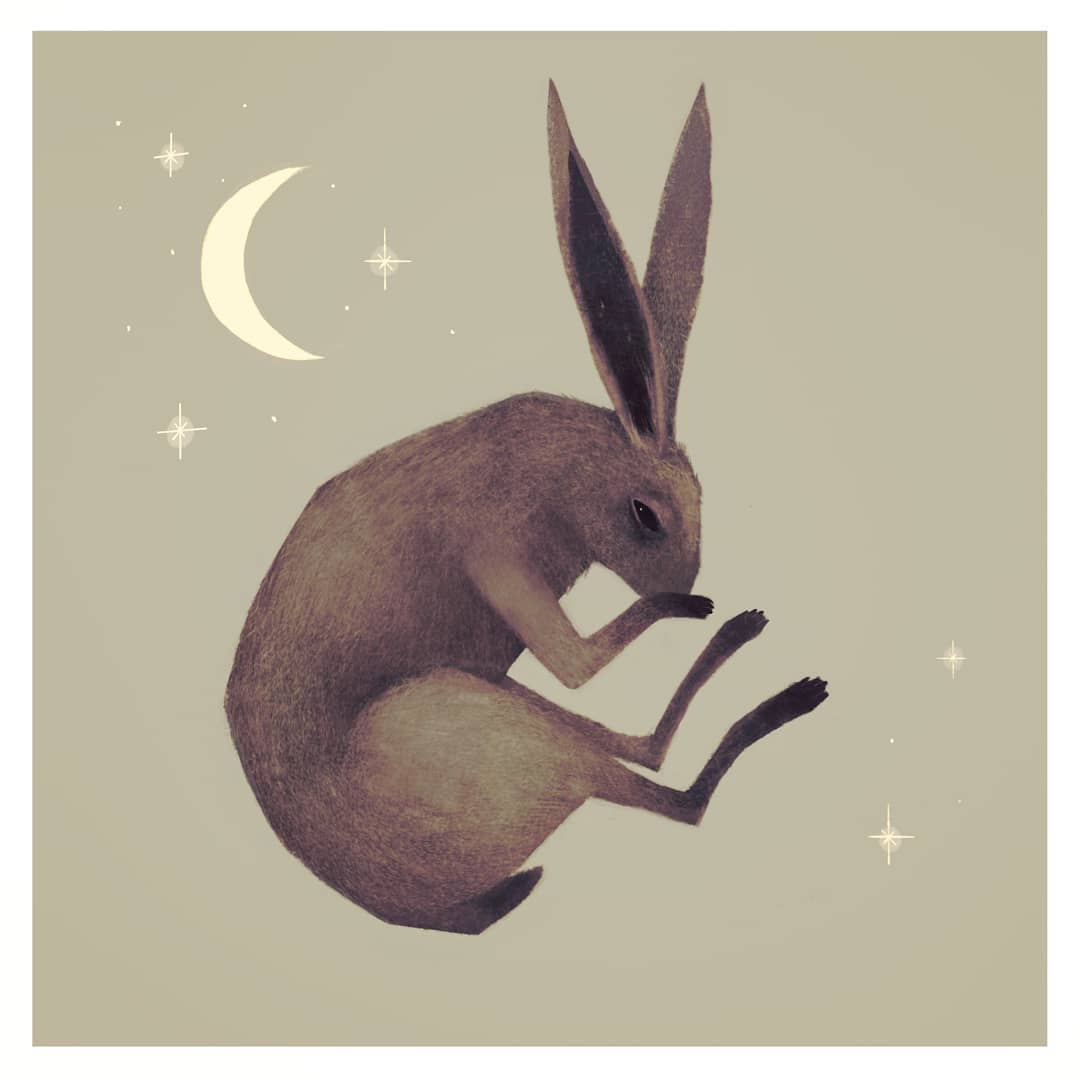